One of the standout innovations at SXSW was shown by Lush Retail, a U.K. cosmetics firm that sells, of all things, bath bombs. Lush runs an innovation division called Lush Labs that designed a mobile app that lets you to scan any of their bath bombs and immediately see its name, elements, cost and fragrance description.

More than 26,700 stores have closed since 2007, when the current retail downslope began. One mitigating factor is the fact that the U.S. has more retail square footage per capita than any other country, as much as six times more than the U.K.

Then there is Amazon.com, which has siphoned off America’s best retail buyers, corralling them into the ultimate email list of 100 million Prime members. One researcher believes that more than half of U.S. households will be Prime members by yearend 2019.

The biggest challenge in America’s retail landscape is a general lack of innovation. A deep dive into global retail innovation reveals plenty of non-U.S. retail brands, including Adidas, Lush Retail, Sephora, Tesco and Zara. North America, the inventor of the concept of “retail therapy,” however, is underrepresented:

In spite of Apple’s sizzling retail performance, the company generates an average of $48.5 million per store, or about $25 billion in sales from its 506 stores in 24 countries, few retailers have adopted its retail innovations.

Apple raised retail standards from the day it opened its first two stores at the Tysons Corner Center shopping mall in McLean, Virginia and the Glendale Galleria in Glendale, Calif. in 2001.

The Genius Bar innovation remains noticeably unique in retail customer service. The fact that Apple rings up nearly $50 billion in sales with no a cash register in sight is apparently also lost on U.S. retailers. 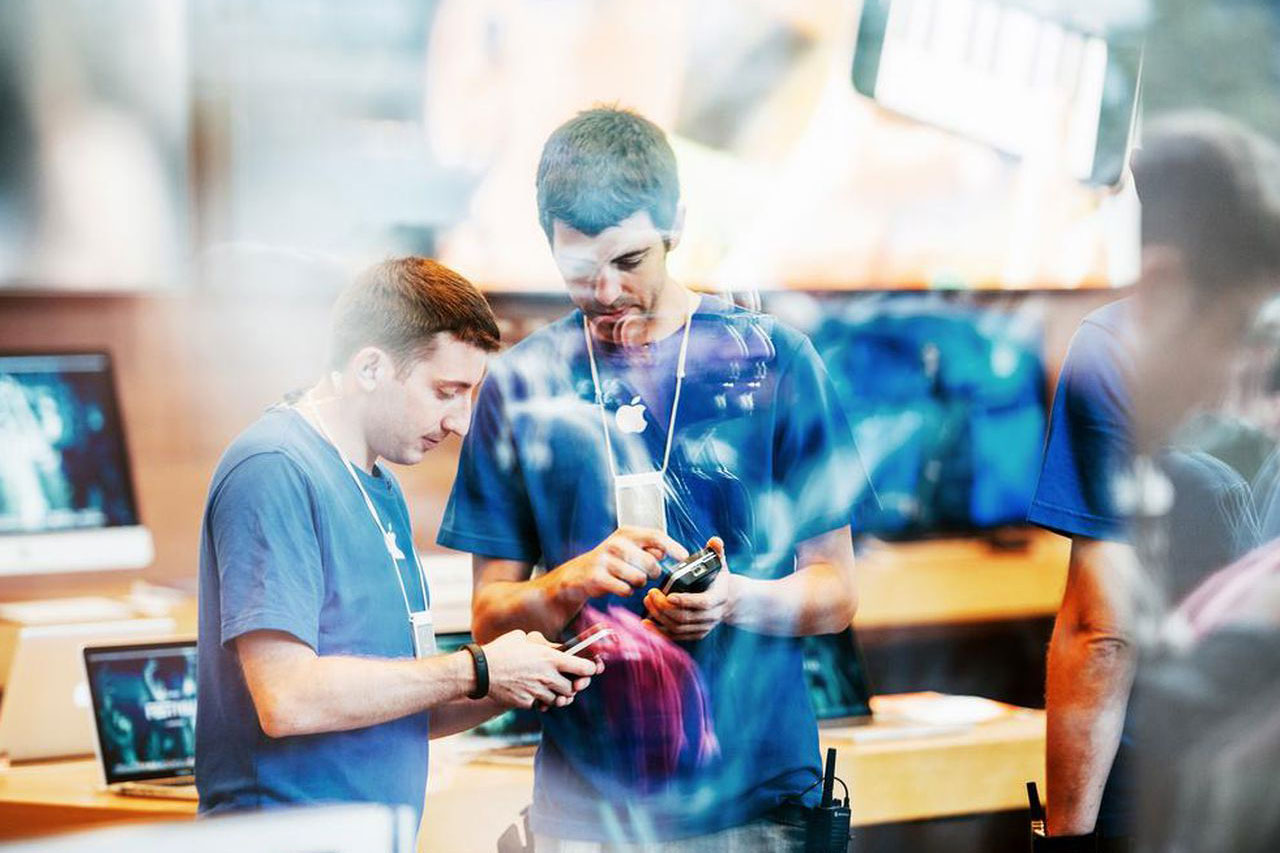 Apple reached its lofty milestones with breakthrough retail innovations, including stores devoid of cash registers but backed by roving “cashiers” and a Genius Bar service that, 17 years after launch, still has no equal.

The move away from bricks-and-mortar retailing continues to accelerate. In 2020, e-commerce sales will account for 12% of U.S. retail sales. But we believe that nearly half of all retail sales will occur online, perhaps as soon as the 2030s.

That means there will be a retail slugfest to capture the 50% of retail sales, which in 2019 are forecast to reach $3.8 trillion, implying a U.S. target market of $1.9 trillion. Amazon generated just $258 billion in 2018 revenues, or nearly half of the current e-commerce total.

The biggest e-commerce shortfall is the poor online experience. Behemoths, such as Amazon.com and eBay, both excel at delivering the worst user experience. Design is bad, images are often small and low resolution, and navigation is generally poor. Both companies should pay more attention to Apple’s site and try to mimic that experience.

Augmented reality, or AR, promises to improve both the online and offline retail experience. Digi-Capital predicts that AR, including mobile AR and smartglasses, will generate $70 billion in revenues by 2023.

Using AR apps, shoppers are able to “try on” products before buying them or visualizing how they will look inside their home. AR offers the convenience of online shopping with the experience of interacting with the product virtually.

Some observers believe augmented reality will reduce the need for in-store staff and inventory, but with an experiential generation of shoppers waiting in the wings, impatiently demanding instant gratification, that’s not a sure bet.

These benefits are offset by two major stumbling blocks. Retailers wishing to add AR to their mobile apps need to procure 3D content of their inventory, an expensive and time-consuming proposition. Boston-based Wayfair has created an extensive 3D model library to fuel its AR initiatives.

App-attuned digital natives appreciate efforts by Wayfair, which offers an augmented reality app to help shoppers visualize how products will look in their own homes.

Another issue is the lack of dedicated AR hardware, there are currently no consumer headsets available for augmented reality applications. Microsoft announced that HoloLens 2, which costs $3,500, will be released in late 2019.

Apple and Google are mainstreaming augmented reality by adding AR capabilities to their mobile platforms via ARKit and ARCore. While these enhancements have resulted in tens of millions of AR-capable devices, smartphones do not offer room mapping or depth-sensing technology. That could change in the near future, of course. Apple is reportedly working on rear-facing 3D lasers.

Measuring apps are one of the most popular uses of ARKit right out of the gate. The tech lets you just point your phone at two different spots to instantly eyeball the distance between them. So far, we like MeasureKit best.

Digi-Capital believes the augmented reality installed base will reach 2.5 billion by 2023. That growth spurt will come from enabling platform software, like Apple’s ARKit, which is now being used by such diverse players as Amazon, Houzz, Ikea and Wayfair.

Apple’s ARKit has given birth to a whole new category of “see-if-furniture-would-fit-in-my-house” apps, but few have the global reach of IKEA Place.

There’s no question that AR helps consumers with their purchase decisions. Houzz reports that since it launched “View in My Room 3D” in 2017, 2 million people have used Houzz app’s AR features. More importantly, people who have engaged with the tool were 11 times more likely to purchase.

Boston Consulting Group estimates that 80 million U.S. consumers currently engage with augmented reality on a monthly basis, a figure projected to rise to 120 million by 2021.

It’s quite clear that as the world moves to digital shopping, augmented reality, also sometimes called “mixed reality,” will play a critical role in improving the online buying experience.

Retailers like Lush labs have already demonstrated creative ways for retailers to avoid being left behind. We commend all parties who are innovating to better serve the consumer of the future.