Next week, some 40,000 people will trek to Miami Beach to attend the Winter Music Conference — a gathering for DJs, dance club owners, music producers and promoters – to celebrate the dance culture and its music, electronica, a derivative of the 70s work of German band Kraftwerk and Giorgio Moroder.

The 60s popularized a new concept, “the disco” — a club where the entertainment centered around a record player. Discos mainly played popular songs, like African singer Miriam Makeba’s “Pata, Pata,” because dance music had yet to shape its own identity.

The unique dance music style began forming in the 70s and was influenced by two major forces. One was a band from Düsseldorf, Germany, Kraftwerk, which introduced a signature sound that combined driving, repetitive rhythms with strictly electronic instruments. Kraftwerk’s distinctive sound was revolutionary for its time, and had a lasting impact across many genres of modern popular music. 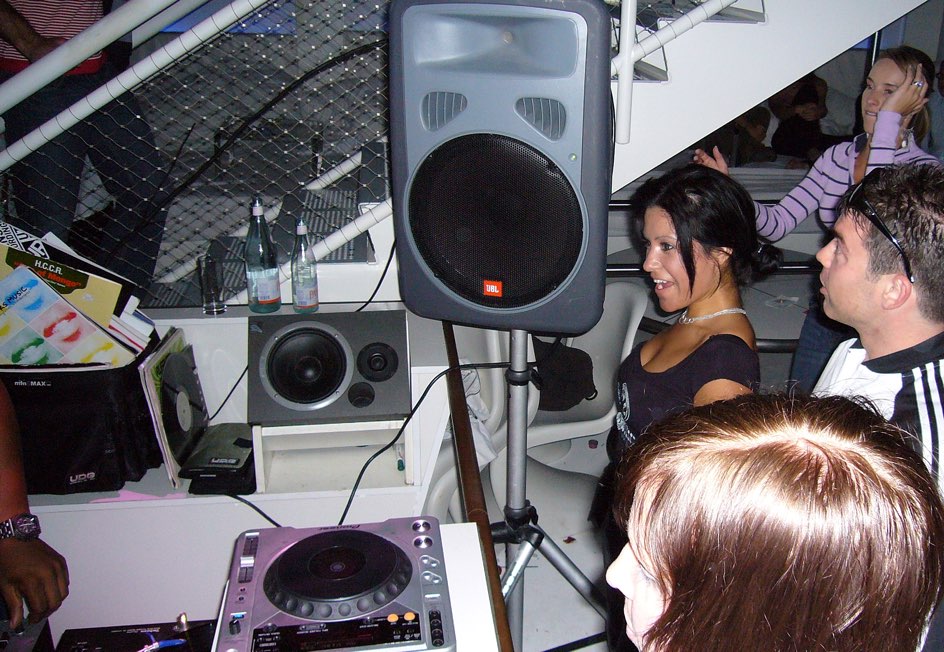 Dance is not only evolving into a faster activity, but a parallel singles trend is leading to more solitary dancers, who all face the DJ, in deference to this new-found religion.

Another influence was Giorgio Moroder, whose groundbreaking synthesizer work in the 70s and 80s exerted a significant influence on electronic music. Moroder gained fame by working with legendary disco queen Donna Summer on such songs as “I Feel Love.”

Kraftwerk and Moroder, in turn, put their imprint on music that began emanating from Detroit in 1979, called “techno,” which was pioneered by such DJs as Juan Atkins, Derrick May and Kevin Saunderson. Techno featured “industrial” sounds that mirrored those produced by Detroit’s automotive industry.

The second electronica vein, house music, began pulsing in Chicago in 1983 and was based on the groundbreaking work of Frankie Knuckles and Kool Herc, nicknamed “the godfather of house.” House was a permutation of R&B music and often featured vocals, particularly female ones.

The dance culture built momentum quickly and by 1989 this new musical genre gained its own festival, Berlin’s Love Parade, which at its peak drew more than 1 million electronica fans, making it by far the world’s largest music extravaganza.

Electronica and its contemporary phenomenon, “clubbing,” have had a pervasive impact on consumer entertainment. In Chicago, there were nearly 7,000 taverns in 1947, a figure that has declined to just 1,321 today. While other factors also influence this trend, like America’s growing infatuation with wine, dance clubs have redefined the entertainment experience. 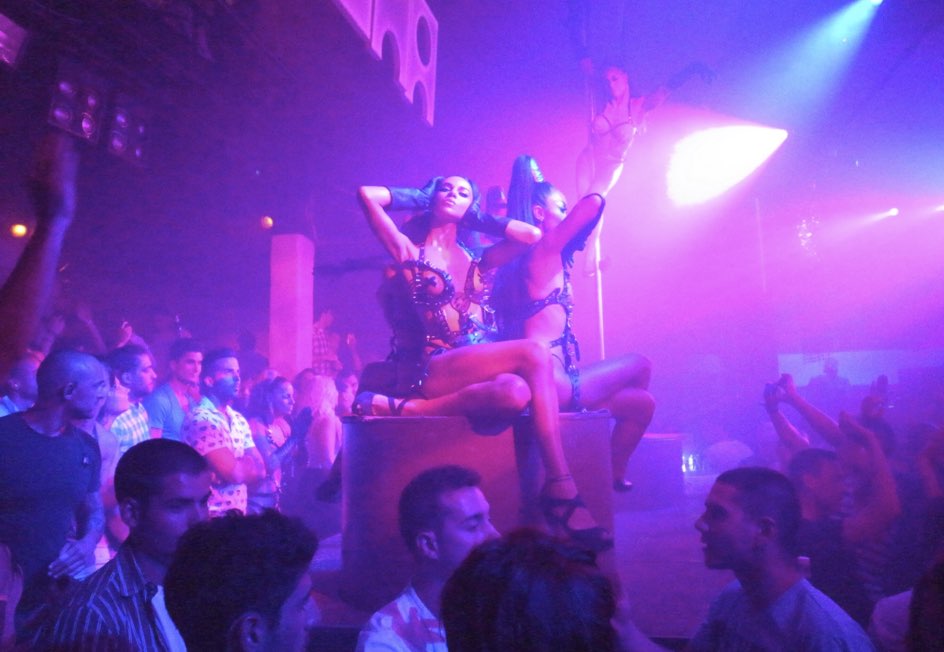 The Spanish island Ibiza is widely considered to be the Mecca of progressive music and its holy shrine is Pacha, a club that attracts a global clubbing clientele.

The rise of electronica has spawned a bewildering array of sub-genres, including chill, house, jungle, breakbeats, drum ‘n bass, industrial, electro, Goa, trance and ambient, requiring a trained ear to be able to detect the great variety of nuances. This also means this music might seem oddly foreign to the casual bystander.

Yet nowhere is the influence of Time Compression Ubertrend more evident than in the popular social convention of dancing. The speed of dance is a perfect proxy for the acceleration of life. In the late 17th century, society enjoyed the minuet, which was the most popular dance among Europe’s aristocracy until the late 18th century.

It was a beautiful, stately dance, and mirroring life, languidly performed. Today, dance clubs move to a frenetic beat, as electronica ups the pace to as many as 170 beats per minute. That fast beat has made dance music very popular in gyms and stores: It encourages clientele to exercise and shop faster.

The high energy of nightclubs has made fellow watering holes feel drab by comparison. According to Research First, the total number of U.S. drinking establishments stands at 50,000 today. Based on an earlier analysis by Answers.com, an estimated 9%, or about 4,500, are nightclubs, while 12% (6,000) are cocktail lounges.

Their fast pace, which also extends to drinking, explains why the line between bars and nightclubs is increasingly blurring as bar owners seek to tap into the rich clubbing vein. In 2002, Mintel reported that one third of adults had visited nightclubs at least once in the past year. On a Friday evening in Zürich, we counted 56 DJ-hosted events, a far cry from the yodeling image Switzerland typically conjurs up.

To keep up with that pace, many club-goers now mix alcoholic beverages with energy drinks, chiefly Red Bull, a beverage that was born in the midst of the rise of dance club in 1987, and which has exploded into a global market that reached $28 billion in 2013 (PDF). 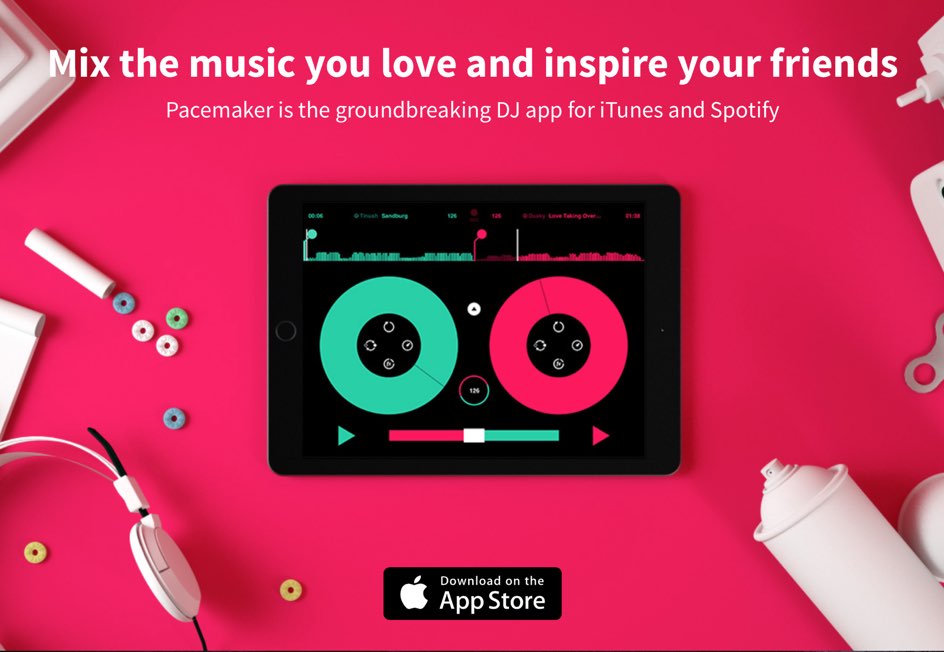 The DJ revolution has led to a flood of products and services – from DJ books to schools and many DJ mixing apps, including Pacemaker, which lets DJs create remixes on their iPad.

Clubs, meanwhile, are upping the velvet rope ante, both in admission fees and prices they charge for “bottle service” – a euphemism for an overpriced, reserved table. To give an idea of the scale, in 1998, the last year for which we found data, there were 15.7 million U.K. club attendances costing £10 ($14) or more, equal to about $275 million.

In 2004, the New York Nightlife Association estimated that the nightlife industry was a $9 billion market in New York alone (PDF). Research First estimates that drinking establishments take in about $15 billion in annual revenues. But the industry’s biggest weakness is its extreme dependence on manual labor, resulting in an average annual revenue per worker of just $45,000.

More than 40 years after the birth of disco, the terms dance music and electronica have become imprecise synonyms, overlapping without quite matching up. So next week, rooms are still available, pack up your iPod or iPhone and head to the WMC to check out the vestigial beats that typify music’s growing diversification.