Fraunhofer, the German company that invented the uber-popular MP3 file compression protocol has announced a new H.266 codec that promises to cut the cost of streaming 4K video in half. It’s another whirlwind that promises to further accelerate time with as much as a 50% gain in streaming video compression efficiency.

The codec’s full name is H.266/Versatile Video Coding (VVC) and it’s designed to be a successor to the industry-standard H.264/Advanced Video Coding (AVC) and H.265/High Efficiency Video Coding (HEVC) formats that combined are used by about 90% of global digital video market. While HEVC was first released in 2013, the codec’s use has been held back by aggressive patent disputes from its various stakeholders. That explains why AVC remains the dominant standard, despite being nearly two decades old.

Why is Fraunhofer’s new compression technology in the eye of the storm? To answer that question, some more background is required.

The following is an excerpt of my book “Ubertrends — How Trends And Innovation Are Transforming Our Future”:

In 1966, Xerox was the first out of the gate with the Magnafax Telecopier, however, smaller and faster fax machines entered the market in the 1980s, thanks to such Japanese players as Sharp. Between 1980 and 1990, the number of fax machines in the U.S. surged from 250,000 to 5 million, mainly due to the 1980 approval of the ITU Group 3 standard, which changed the fax standard from analog to digital and reduced transmission speed to one minute a page.

A mathematical compression formula, or algorithm, was used to speed up fax transmissions. These algorithms were dubbed “codec,” which was an abbreviation of COmpression/DECompression. This arcane science would increasingly play a significant role in society.

DSL lines and dial-up modems also compressed data, using a variety of alphabet soup protocols, such as V.42bis and V.44. This deep dive into the history of codecs is vitally important because codecs are in the eye of the Time Compression storm. By squeezing ever more data through narrow pipes, codecs have enabled faster data transmission speeds, which, in turn, have accelerated the human experience.

The history of data compression dates back to the 1960s when work began on video conferencing systems at AT&T’s Bell Laboratories. By the early 1980s, Karlheinz Brandenburg began working on digital music compression as a doctoral student at Germany’s Erlangen-Nuremberg University. 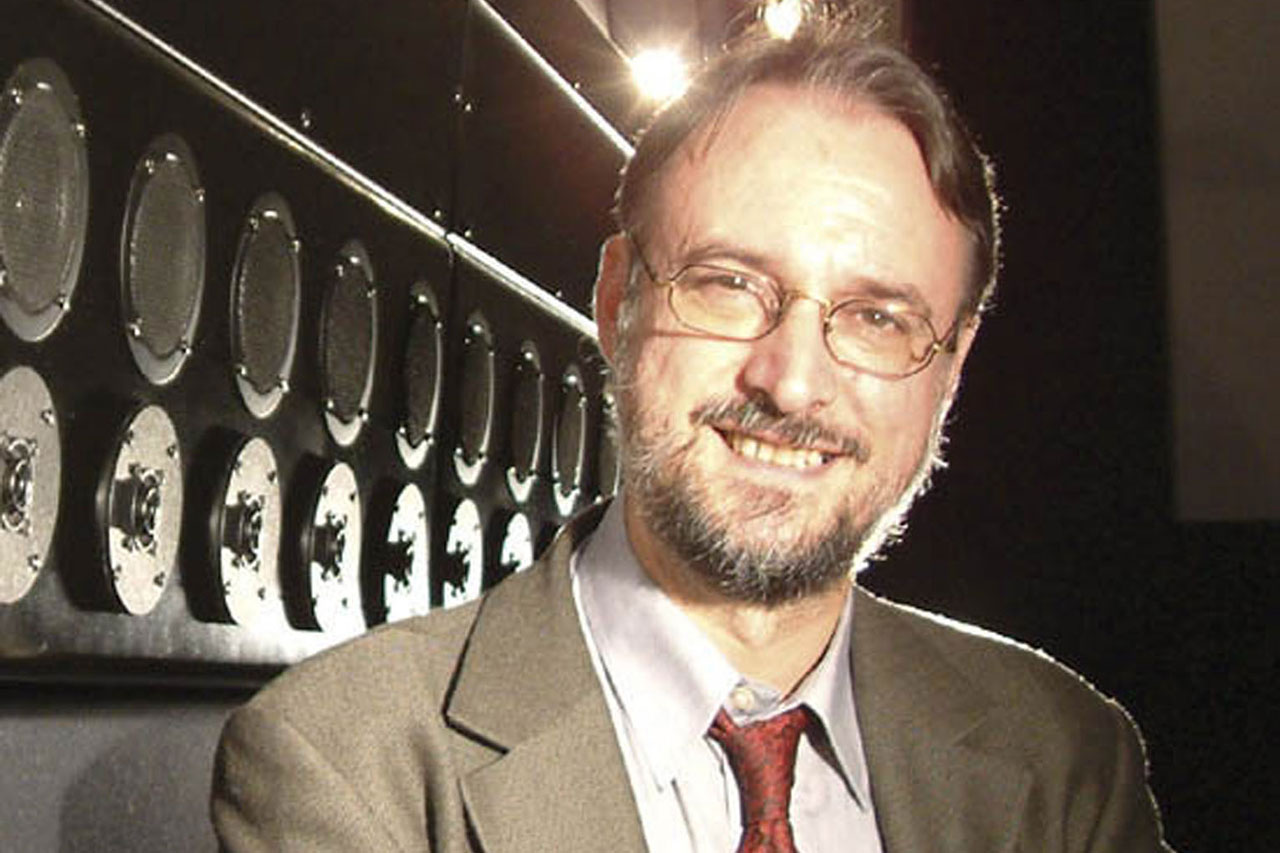 Karlheinz Brandenburg, the co-inventor of the MP3 codec, began work on digital music compression in the early 1980s at Germany’s Erlangen-Nuremberg University. Brandenburg later joined Fraunhofer Institute, which received a patent in 1989 for the later-renamed MP3 compression. He’s generally regarded as the “father of MP3.”

In April 1989, the Fraunhofer Institute for Integrated Circuits of Fürth, Germany, which Brandenburg had joined, received a German patent for MP3 — an abbreviation of MPEG audio layer 3.  MP3 was the outcome of a collaboration between Brandenburg, working as a postdoctoral researcher at AT&T-Bell Labs with James Johnston, and Fraunhofer. On July 14, 1995, the Fraunhofer team chose “.mp3” as the official file name extension.

Brandenburg reportedly used a CD recording of Suzanne Vega’s song Tom’s Diner to refine the MP3 compression algorithm, which is why some call Vega “The Mother of MP3.”  What makes the MP3 codec so outstanding is its pervasive cultural footprint. Propelled by such über-hot music swapping sites as Napster, MP3 became so popular that the term outranked “sex” in search for a brief period in 1999, according to Nielsen/NetRatings. A remarkable achievement, considering the codec’s techie history.

And if lifestyle changes take their cue directly from the ascent of codecs, one can only surmise from the ongoing reports of the development of ever-more-efficient compression algorithms that life will only speed up further in the future, explaining the significance of Fraunhofer’s new VVC codec.

Google has developed an open and royalty-free video encoding format, VP9, which is considered an equal to its competition — MPEG’s High Efficiency Video Coding (HEVC or H.265).  H.265, which is used primarily for 4K content, is nearly twice as efficient as H.264, the Blu-ray standard. VVC one-ups that.

While this descent into technical minutiae may appear to be going overboard, the key point here is that compression/decompression algorithms play a crucial role in accelerating data delivery. As codecs become progressively more powerful, H.265 is nearly 50% more efficient than the previous H.264 generation, while VVC is 50% more efficient than H.265, one can quickly surmise that as codecs increase throughput, so will the ability of humans to accomplish things much faster.

Codecs are the centrifugal force behind the Time Compression Ubertrend — the eye of the storm.