The Retail Apocalypse Is Turning Shopping Malls into “Grayfields”

The list is long: Brooks Brothers, GNC, J. Crew, J.C. Penney, Lucky Brand, Microsoft, Neiman Marcus, Pier 1 Imports and Sur La Table have already filed for bankruptcy. Men’s Wearhouse and many others are next. The coronavirus pandemic is accelerating the “Amazon Factor,” turning the retail landscape into a gray graveyard. 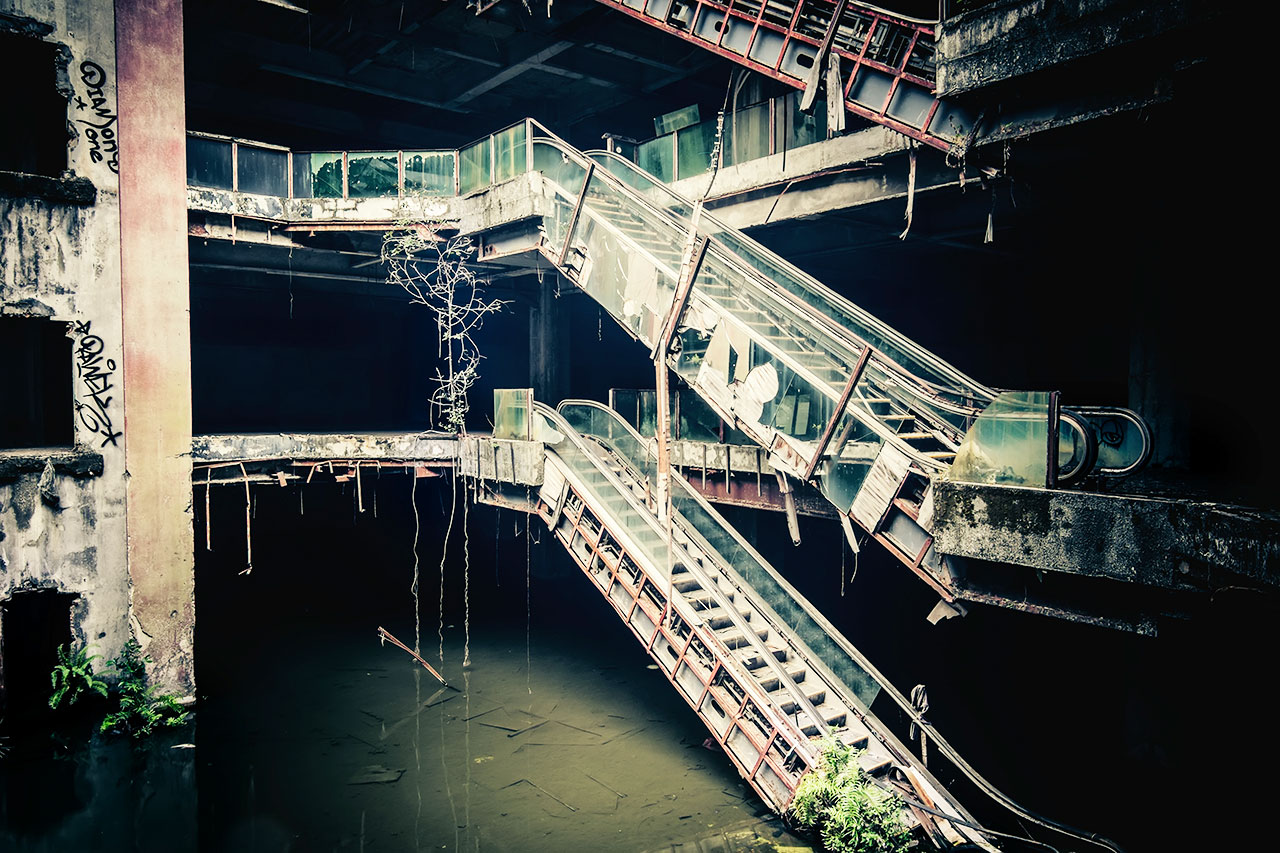 By 2035, as much as 40% of U.S. retail sales, or more than $2 trillion will move through online channels.”
— Michael Tchong
Futurist & Speaker

Another issue is that for years now, retailers and analysts have fixated on the large gap between U.S. retail sales, which were projected to reach $5 trillion in 2016, and “puny” U.S. e-commerce sales of $395 billion (PDF).

The fact is that those 112 million Prime customers constitute the lion share of foot traffic and sales at traditional retailers. Absent frequent buyers, retailers are collapsing, abandoning shopping malls, whose gray, hulking masses are fueling a trend dubbed “grayfields.”

By 2035, as much as 40% of U.S. retail sales, or more than $2 trillion will move through online channels. The chief driving forces behind this trend are AI and industrial robotics, which will optimize how products consumers buy are chosen, warehoused, packed and delivered…the same day.