Last week’s victory by President Elect Barack Obama unleashed a global groundswell of positive vibes. Most of the emotional outpouring was directed at the striking achievement of this U.S. election, but it might as well have been a moving tribute to the powerful advances in social engagement marketing, as deployed by Obama’s campaign.

Beginning with his February 2007 meeting with Netscape founder and Facebook board member Marc Andreessen, Obama has displayed an impressive ability to harness the forces of burgeoning new social media. Quite remarkable, because Facebook, Twitter and YouTube were barely a glimmer in their founders’ eyes during the 2004 election.

Not that this year’s election was lacking in publicity stunts. The world was spellbound by images of Hillary Clinton shedding a tear in New Hampshire; transfixed by the YouTube antics of Obama Girl; and amused by NBC’s Saturday Night Live comedy skits, culminating in the hilarious portrayals of Vice Presidential candidate Sarah Palin by Tina Fey.

The Obama campaign did a superior job covering the Internet’s hottest new hangouts. His MySpace page, pictured above, shows that beautiful pages can be designed in this popular social network. Obama has nearly 1 million friends in MySpace and more than 3 million in Facebook.

Leveraging a suite of leading-edge social engagement tools, including the aforementioned Facebook, texting, googling and e-mailing, Obama’s campaign was able to raise a record-setting $750 million from 3.1 million donors, while galvanizing an army of 10 million supporters.

These results were particularly outstanding considering Obama’s 20-month conversation with his constituency began with virtually zero brand awareness. Other than his speech at the 2004 Democratic National Convention and two books, Obama had little name recognition. But this was all changed by the deft use of new-media tactics: 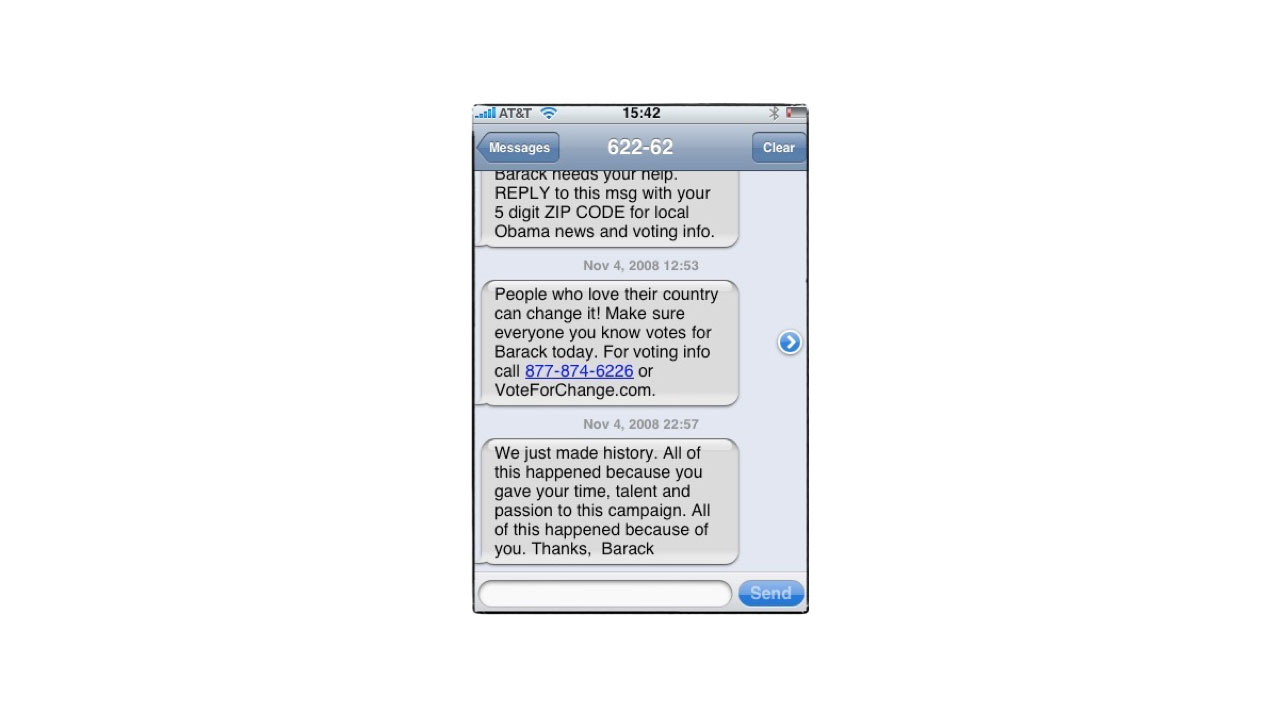 Text messaging proved to be an especially powerful way for Obama’s campaign to communicate with its constituency. Nearly 3 million mobile-phone users signed up to receive text messages from Obama, a historic first but certainly not the last word in political texting.

The Obama campaign did not invent anything new. But by bolting together popular social engagement tools, Obama’s campaign was able to defeat both the Clinton and Republican machines, not an inconsiderable feat judging by recent election history and his zero brand awareness. Now that’s change we can really believe in.